There are few things that can make a biologist swoon, but Darwin is one of them. I’ve never met a single biologist who disagrees with Darwins theories or who doesn’t get excited to talk about them. Second to Darwin is, of course, David Attenborough. It’s pretty impossible to get an audience with Attenborough. Darwin however, well you can pop to Darwins house for tea and cake any time!

Located on a quiet country road in Kent, is Down House. This is the house that Charles and his wife Emma moved into in 1842, had their ten children, and where he lived for forty years until he died in 1882. At the end of the garden is the sandwalk, where Darwin took a walk every day – for exercise and to do some thinking. It is on this pathway that he formalised some of his most famous theories of evolution.

The house is now under the care of English Heritage. It opened to the public in 1998 and consists of an exhibition space upstairs, and reconstructed rooms downstairs – including Darwins study. It’s open all year and hosts a range of activities and events for both the budding and the established scientist.

You can find out more about visiting Darwins house here.

Every scientist has felt that moment of anticipation when the sample is sitting on the stage, waiting for you to take that first look. I imagine Darwin would have been no different. His last significant publication before he passed away was the book ‘The Formation of Vegetable Mould, Through the Action of Worms’ (1881). For that work, he would have needed his trusty microscope! Indeed, he mentions microscopy work twice in the book, of course whether it was the same microscope in his house, I’m not sure.

There is a great article here on two of Darwins microscopes.

Last Christmas, my other half (Blair), surprised me with a trip to Down House as my present – possibly because he couldn’t listen to me go on about it anymore. We were also going to go to the Natural History Museum in London, so it was going to be a full-on Darwin weekend. We spent all of Saturday in the Natural History Museum – if you have never been before, you will need an entire day to see everything.

It is a rite of passage for every scientist to walk through the front doors of the NHM London.

On the Sunday, we made our way to Down House.

Walking up the path to Down House I was actually nervous – this is what meeting a rock star must feel like. I would say “this is what meeting David Attenborough must feel like”, but I would genuinely just pass out if I ever met David Attenborough. The house itself is beautiful, but more importantly, Darwin had been here. That’s the doorbell that Darwin might have rung when he forgot his keys. That’s the window Darwin could have looked out of to see if it was still raining. And the infamous sandwalk! The humanity of the man from the pictures suddenly became very real. I sometimes wonder if famous scientists from the past knew they were going to be famous. Did Darwin have any idea that he would become one of the most well-known scientists in the world? Would he find it bizarre that his house – that he described as being ‘ugly’ and ‘neither old nor new’ – would become a museum in honour of him, and that people from all over the world would come to visit?

The tour of the house is self-guided. Downstairs, the rooms are reconstructed to look how the did back when Darwin lived there. Upstairs is a museum-style exhibition about his life and work. We went to the exhibition upstairs first, and then headed out into the garden to walk the sandwalk. As a biologist, this was a fan-girl moment. It’s the sandwalk. Darwins sandwalk. THE sandwalk! It’s beautiful and peaceful, and loops through a small patch of woods. We walked the whole thing, and I managed to resist lying down and rolling around on it (because Darwin!). We even saw a wild parakeet.

We had saved the best for last – Darwins study. It’s everything that you want and expect it to be. It’s hard to describe the feeling of walking into that room – you are standing in the room where one of the world’s greatest scientists did his work. His refuge and place to mull. It’s the windows he looked out of, the fireplace he stood in front of, maybe even the actual chair he sat in.

Standing behind the regulation red rope, we quietly scanned the room. Suddenly, there it was – Darwins microscope. The actual microscope that made eye contact with Darwin. The microscope in his study in a model from the early 1800’s. It was a popular design for naturalists and had attachments for dry or aquatic samples. The single lens could be focused by raising or lowering it, and the illumination is provided by the mirror below. It’s very unassuming. The parts can be stored in the box that also functions as the base. Darwin was known to work with his microscope sitting in the window in his study (the first window you see when you walk in). The windowsill has been modified to allow for a microscope and user to sit comfortably at it.

Unfortunately, you are not allowed take photos inside the house – you will just have to go and see it in person.

I could have stood in Darwins study all day. There are so many things to see and it’s just the perfect example of what a study should be. “Look, his hat on the chair”, I pointed to Blair. Down the hallway, an alarm started going off. “Wasn’t me!” I laughed. Suddenly a member of staff came running in the door, “Oh sh*t, it was me!”

Two things for the record Darwin lovers – firstly, there are motion sensors in Darwins study; and secondly, I genuinely wasn’t trying to touch anything, I was just gesturing with too much gusto. Thankfully the security lady was very nice and stayed to chat to us for a while and even shared some extra Darwin knowledge with us.

Visiting Darwins house was an absolutely incredible experience, and more importantly, I didn’t get banned from it when I set off the security system. If you are in that end of the country I suggest you make a Darwin weekend of it and catch the Natural History Museum too.

Darwins work ‘The Formation of Vegetable Mould Through the Action of Worms’ is available on the trusty website Project Gutenberg. 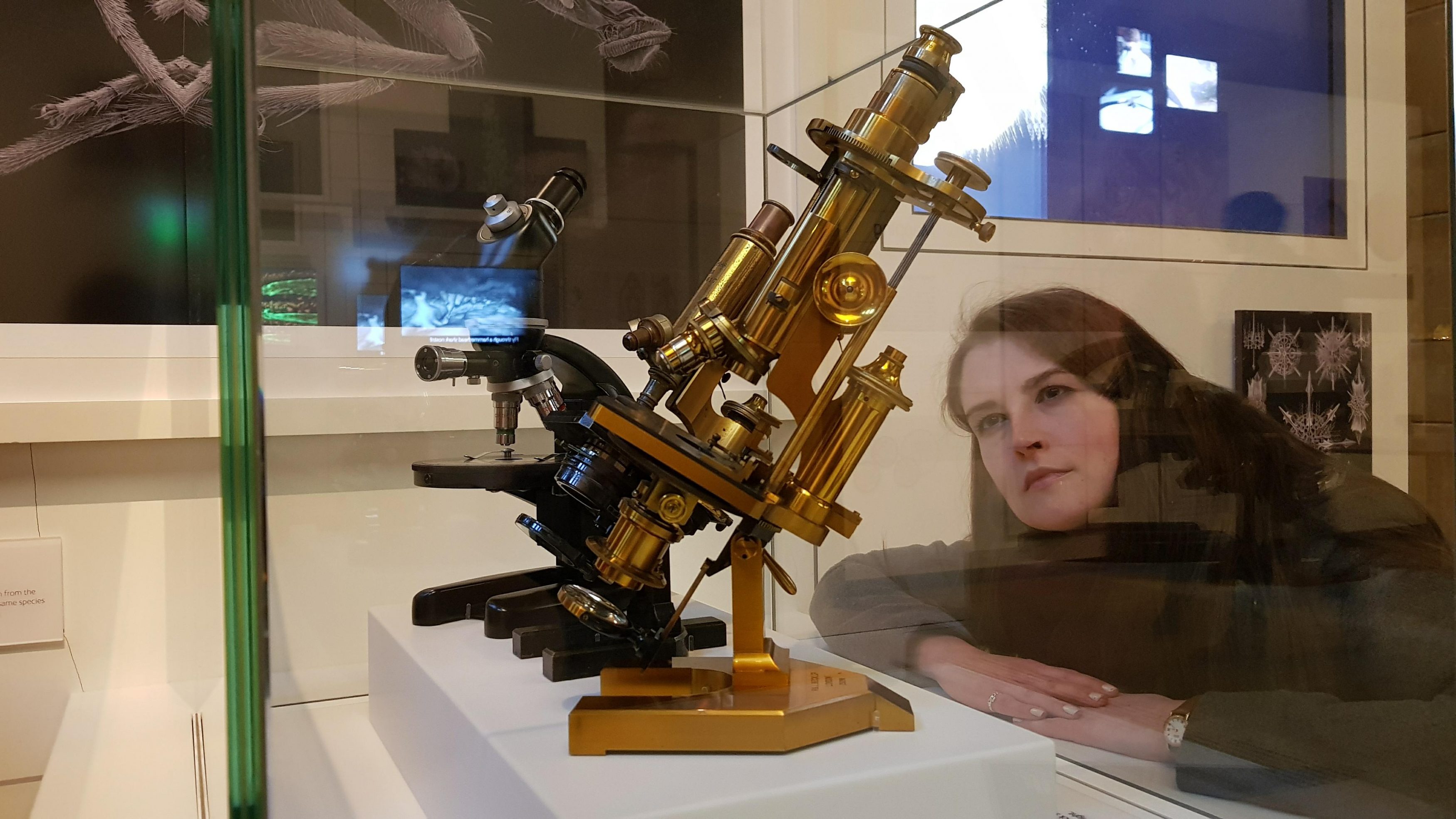 Life as a science writer so far 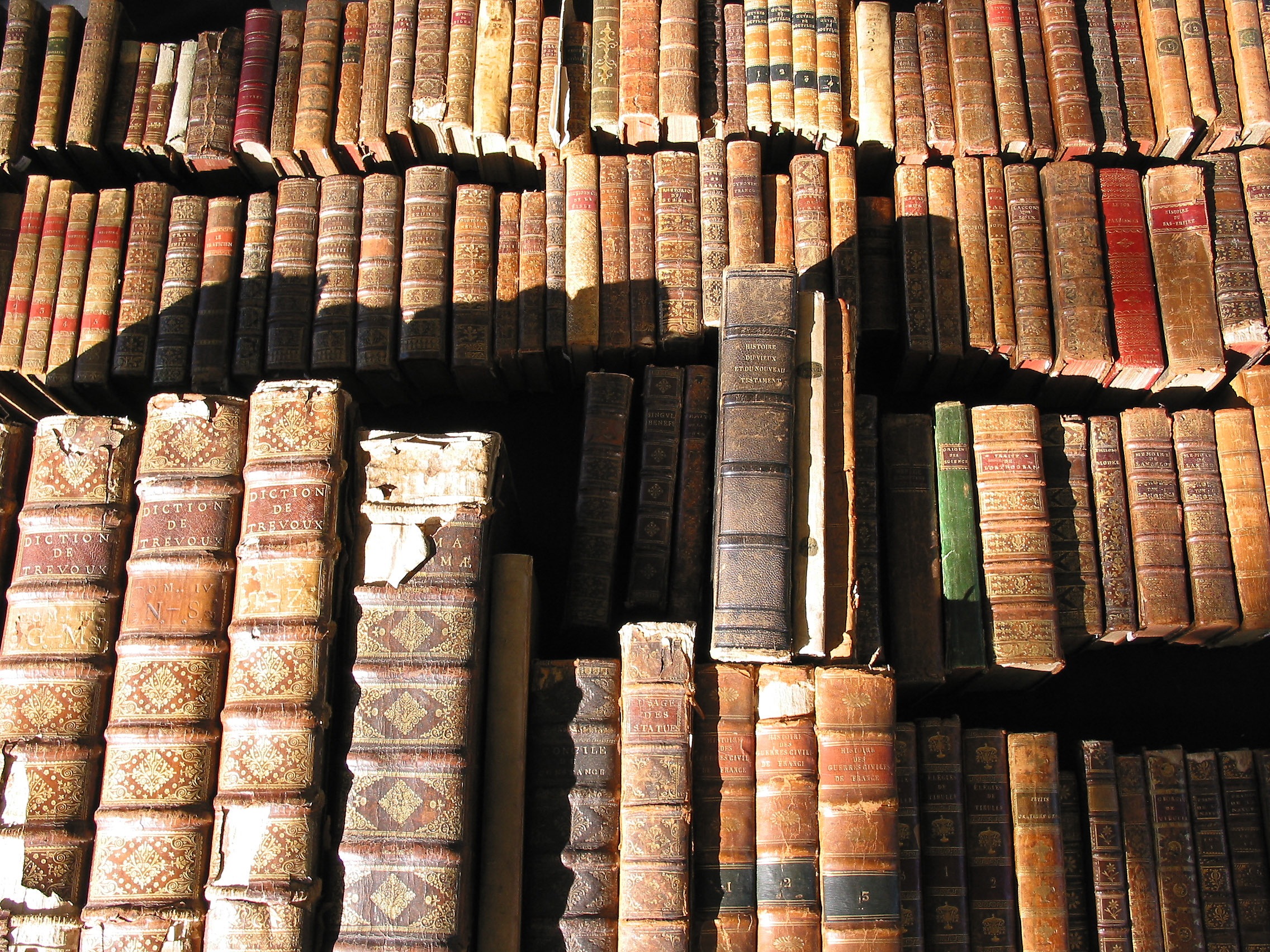 2 thoughts on “The day I met Darwin & accidentally made a scene.”